White House scientific integrity guidelines — a long wait for not much

Early on in the Obama administration, promoting scientific integrity in government decisionmaking seemed to be a high priority. Less than 2 months after his inauguration, the President issued a memorandum giving the Office of Science and Technology Policy 4 months to “develop recommendations for Presidential action designed to guarantee scientific integrity throughout the executive branch.” On December 17, OSTP Director John Holdren finally issued his own memorandum in response to the President’s request. The OSTP memo is not only 17 months late, it is almost contentless, adding little if anything to the principles articulated nearly two years ago in the President’s memo. Reading it, you can’t help but wonder what took so long. If this was all it was going to do, OSTP could have acted within days of the President’s memo. If the process was going to drag on nearly a year and a half beyond the deadline, it should have generated an outcome of more substance.

There’s nothing objectionable in the new memo. The problem with it is that there’s not much in it at all. It repeats familiar platitudes about the need for scientific integrity, credibility and transparency, but does little to advance the cause of ensuring that agencies live up to those standards. Even the Bush administration, whose manipulation of agency science was the subject of so much  criticism, said the right things about scientific integrity at the highest level. The problem has always been making it happen in the trenches, and this memo won’t do much to help that.

The handful of specifics are good — the memo calls for federal agencies to ensure that their scientists can speak to the media, and that mechanisms are provided to resolve any disputes that arise about public information activities. But almost all the specifics are left for individual agencies to fill in, with very little guidance from OSTP. I understand that the different circumstances facing different agencies may call for some variation and, at the most detailed level, different specifics. But surely OSTP could have offered at least some explanation of, for example, what it means by calling for agencies to develop policies “ensuring that selection of candidates for scientific positions in the executive branch is based primarily on their scientific and technological knowledge, credentials, experience, and integrity.” How about some examples of what are “scientific positions,” what other factors might play any role in selections for those positions, and how knowledge, credentials, experience and especially “integrity” are to be evaluated? And surely OSTP could have been bolder. Where are the “recommendations for Presidential action” Obama specifically called for? To the extent central oversight of scientific integrity is useful, shouldn’t it be set out in an executive order? Surely the President could, for example, eschew any political appointments in the communication offices of scientific agencies (a serious problem in the Bush administration), set up White House channels for whistleblowers, or, as Texas law prof Wendy Wagner suggests on CPRBlog, tell OMB to keep its inexpert nose out of the scientific details of agency regulations. Instead, the memo expressly leaves implementation to each agency except that OMB is apparently going to produce guidelines for White House review of testimony to Congress on scientific matters.

Maybe I’m just a cynic, but I think a lot of observers are being too polite about the new memo. In interviews with Science Insider blog (subscription required), Francesca Griffo at the Union of Concerned Scientists calls it a “rough but promising blueprint,” and Al Teich of AAAS says the White House has talked the right talk. Presumably people are hoping to see real results at the agency level, and don’t want to offend the White House. But the bottom line for me is that OSTP, after prolonged dithering, has punted. I’m quite sure Holdren and his team could have done better. That they haven’t suggests that OMB remains a much stronger force in the White House than OSTP. That’s not surprising, but given the promising early words of this President, it is disappointing.

A Design Flaw in the Clean Air Act 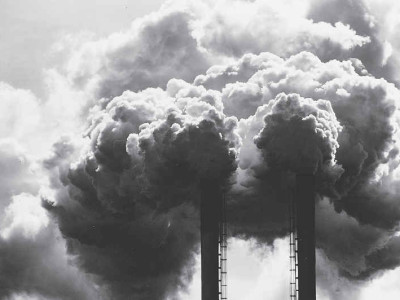