Today marks the end of the public comment period on the proposed Affordable Clean Energy (“ACE”) rule, the EPA’s proposed replacement of the Clean Power Plan (“CPP”). The CPP is the Obama-era effort to limit emissions of greenhouse gases from fossil-fuel-fired power plants. For reasons laid out previously on this blog (see here and here, for example) and in our new comment letter, the EPA should not promulgate the ACE rule.  Four UCLA Law faculty, including Cara Horowitz, Ann Carlson, William Boyd, and I, submitted the comment letter on behalf of a four experts on the U.S. electricity grid:  Benjamin F. Hobbs, Brendan Kirby, Kenneth J. Lutz, and James D. McCalley.

As we explained in a previous comment letter opposing the EPA’s proposed repeal of the CPP, the CPP would be a positive development for reducing carbon dioxide from power plants that would effectively harness the unique features of the grid. The CPP would enable a regulatory regime that is consistent with the grid’s twin aims of power reliability and affordability for all customers.

Our grid experts oppose the ACE proposal because its more narrow approach to regulating carbon dioxide will be largely ineffective and in fact will increase costs and risks to public health. Particularly, the ACE approach relies on a tightly constrained set of measures that can be applied solely at individual facilities, such as through making heat-rate improvements at coal-fired plants. The letter argues that—in comparison to the CPP—the ACE will be a failure. In one important passage, we write:

Because of the limitations of EPA’s new, proposed BSER definition, the ACE Rule would not effectively and economically reduce power-sector CO2 emissions over the coming decades.  This conclusion is supported by the ACE proposal itself and its Regulatory Impact Analysis (“RIA”), which show each of the following:

The ACE Rule Increases Pollution Compared to the CPP: In each of the scenarios reported by EPA and in every year considered, swapping out the CPP for the ACE Rule would result in significantly greater emissions of CO2, SO2, and NOx pollution.  83 Fed. Reg. at 44784, Table 6. Much of this additional pollution would be focused in the Midwest and Mid-Atlantic regions. RIA, Figure 4-5.

The ACE Rule Harms Public Health and Results in Thousands of Deaths the CPP Would Prevent:  Because it would increase particulate matter and ozone pollution, the ACE Rule would harm public health significantly, including by resulting in thousands of additional deaths as compared with the CPP.  EPA estimates, for example, that in the year 2030 alone somewhere between 350 and over 1000 people will die from exposure to particulate matter and ozone whose deaths would have been avoided under the CPP. RIA, Table 4-6 (considering estimated incremental PM 2.5 and ozone-related premature deaths in 2030, looking at three ACE implementation scenarios as compared with the CPP).  Those deaths will be concentrated in the Midwest and Mid-Atlantic regions. RIA, Figure 4-5.

The ACE Rule Likely Costs Industry About as Much as the CPP to Comply, Maybe More:  Despite achieving far less pollution control than the CPP, the ACE Rule will likely impose similar, or perhaps even greater, compliance costs.  EPA modeled compliance costs to industry for the ACE Rule as compared with the CPP base case.  83 Fed. Reg. at 44786, Table 9.  Compliance costs include total power sector generating costs plus the costs of monitoring, reporting, and recordkeeping.  In this modeling, EPA considered three ACE Rule implementation scenarios.  In only one of those three cases did the ACE Rule result in significant savings from the CPP base case.  In another, the costs of compliance between the two programs were very similar.  And in the third scenario, complying with the ACE Rule actually costs industry more than complying with the CPP while producing significantly fewer emissions reductions.  Id.

The ACE Rule Forgoes Billions of Dollars in Net Benefits:  In six of six scenarios modeled and at all time periods reported, swapping out the CPP for the ACE Rule results in billions fewer dollars in net benefits.  83 Fed. Reg. at 44794, Table 18.  This is true both in net present value and annualized terms.  Id.  It also is hardly surprising, given the high costs of compliance but fewer environmental and public health benefits outlined above.”

In proposing the ACE rule, EPA has not succeeded in creating a workable replacement for the Clean Power Plan. Instead, it has invented a less affordable, less efficient, unsafe alternative. 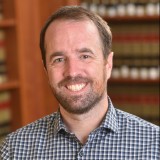