This is the first post in a short series on income-targeted environmental policies. Read the second post, on LA’s Transit-Oriented Communities program, here.

As environmental law becomes more concerned with the equity of policy outcomes, income-targeted policy elements are becoming more and more common. This should be a good thing: income is closely correlated with pollution exposure, so income targeting can also ensure that programs reach the people who suffer the most from environmental degradation. (The same considerations apply to race and racial inequality, but environmental policies have not taken up racial disparities to the same degree.)

But income targeting is complicated and rife with unintended consequences. As an environmental lawyer by training, I’ve frequently found that I lacked the foundation to understand the impacts of these policies. It’s been a long process to understand the fundamentals, and one that is still ongoing as I understand how concepts are implemented in different policy arenas.

To help arm other lawyers, policy designers, and advocates with some of these basic tools, I’ll be writing a series of posts on income-based policies and how to understand them. Later, I’ll look at California’s Transit-Oriented Communities program and Greenhouse Gas Reduction Fund. For today, I’m providing a brief introduction to “Area Median Income,” or “AMI.”

AMI is a core concept used in many income-targeted policies at the national, state, and local levels. At its most basic, AMI is just what it says: a measure of the average income in a given area, calculated by the Department of Housing and Urban Development (“HUD”). But AMI is surprisingly complicated in both its definition and use. So, fair warning: this gets pretty wonky!

First, the “area” of the “area median income” is either a county or, in the case of large cities, a metropolitan area. HUD uses the metropolitan-area definitions from the Section 8 program, which, in turn, are mostly borrowed from the Office of Management and Budget (“OMB”). OMB designs its metropolitan areas to include a population center “and adjacent communities that have a high degree of integration” with the center. Thus, a single AMI covers all parts of a city and its suburbs.

Having AMI operate at the scale of counties and metro areas has important policy implications. When used to define eligibility and rents for affordable housing, for example, it means that high- and low-income neighborhoods share the same AMI, leading to “affordable” rents that are not affordable for anyone living nearby. On the other hand, the county and metro level may be too small for statewide programs targeting historically disinvested areas, because it doesn’t account for disparities between cities and counties.

This means that the adjusted AMI has very little to do with the actual income for families of the corresponding size. At the national level, the median family income is closer to the income of three-person families than that of four-person families. And while income does correlate with family size in 2-, 3-, and 4-person families, income actually decreases with size for 5- and 6-person families.

In addition to adjusting for family size, HUD also publishes thresholds for different “income levels”: “low income,” “very low income,” and “extremely low income.” These initially correspond to 80%, 50%, and 30% of the area’s AMI, respectively, and are frequently referred to by those percentages. For example, the City of Los Angeles’ affordable housing search tool lists the affordability level of each apartment in terms of percentages of AMI (they also interpolate from HUD’s rents so that there are a number of affordability levels between 80%, 50%, and 30%).

But HUD makes adjustments to its income levels in many cases—meaning that “50% AMI” doesn’t always mean 50% of the median income in an area.

Another important adjustment is the one HUD applies to areas with high housing costs relative to their income. It’s based on the “fair market rent” (FMR) for a given area, which is calculated by HUD and generally equal to the 40th percentile of area rents. The adjustment is complicated, but the upshot is that, for purposes of calculating the low, very low, and extremely low income levels, the AMI is given a floor of a little less than five times the FMR. Los Angeles, for example, has an actual median income of $80,000, but has an annualized FMR of about $25,000, meaning that its AMI is calculated as if it had a median income of about $120,000. As a result, the “low income” category includes households earning up to $94,600, well above the median.

As you can imagine, these adjustments can have a huge impact on the effects of income-targeted programs. Establishing a minimum AMI allows more people access to these programs. But many affordable-housing programs also set rents based on AMI, meaning that broadening eligibility also means reducing the benefit.

As I’ve tried to make clear, these quirks of HUD’s AMI calculations have serious impacts for the policies that use them income targeting—and the people who are meant to benefit from them. This is not to say that AMI is always a bad measurement to use for income targeting, but it can have unintended consequences for policymakers who don’t consider the particularities of the metric.

These unintended consequences are particularly acute in two areas that I’ll talk about in later posts. One is the Greenhouse Gas Reduction Fund, where AMI is used to prioritize a limited pool of funding, meaning that broadening eligibility under AMI can dilute funding that is meant to go into areas with substantial disinvestment. The other is Transit-Oriented Communities, where AMI determines not just eligibility, but also rent, meaning that ostensibly “affordable” housing can be anything but.

I look forward to talking about both of those policies with you all soon—in the meantime, if you have any other interesting income-based policies that you think I should cover, let me know in the comments! 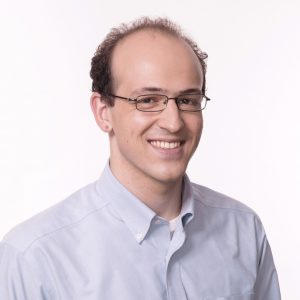