There’s a ruckus going on over an experiment in ocean fertilization conducted off the coast of British Columbia in July and disclosed this week  (see here, and here).  The Haida Salmon Restoration Corporation, an enterprise of the Haida village of Old Massett, used a large fishing vessel to spread 100 tons of iron sulfate-rich dust on the ocean surface west of Haida Gwaii (or the Queen Charlotte Islands).  The aim of the release was to increase plankton growth and thereby promote growth of fisheries and maybe also remove carbon from the atmosphere.  The operators claim the iron generated a plankton bloom of about 10,000 square kilometers, with large associated increases in fish, marine mammals, and seabirds.

This project will have, is having, plenty of local impact on the ocean environment.  That was its intent, and its promoters and opponents are now arguing over (among other things) whether these impacts are good or bad.  But in terms of larger-scale impact, there is no chance that this intervention will have a non-trivial effect on global environmental processes – climate, carbon cycle, or whatever.  It’s bigger than the dozen-odd prior ocean fertilization experiments (which were in the 1 to 10 ton range), but not big enough to matter at continental to global scales.  The fight is really over the precedent, the symbolism, and the legal environment (or lack thereof) present to control such interventions if they are contemplated on a larger scale.

In this regard, this little controversy illustrates two acute problems raised by any geoengineering project – ocean fertilization, or other forms of intentional intervention to change environmental processes – if and when they are proposed at larger scale.  No such interventions have ever been done, even as experiments, above the tiniest scale — but people are increasingly talking about them, particularly as “Plan B”-style interventions to temporarily undo some of the harms from elevated greenhouse gases and climate change, given what a terrible job we’re doing of solving the problem at the root by cutting emissions.

First, such interventions exist in a near legal vacuum.  Critics of the Haida project are claiming it violates international law, but this is simply not true.  The parties to two international treaties have adopted decisions or resolutions related to ocean fertilization, or geoengineering projects more generally: the Convention on Biological Diversity (whose parties are meeting this week in Hyderabad – watch for the fireworks over this); and the London Convention on ocean dumping, managed by the International Maritime Organization (IMO) in London.

Mainly due to vigorous lobbying by a couple of small NGOs (the same ones now outraged at the Haida project), parties to the CBD have adopted two decisions discouraging ocean fertilization, and geoengineering generally.  But these are purely advisory – and are moreover so clumsily drafted that even if they were legally binding (which they are not), their operational meaning would be utterly opaque.  To check for yourself, you can read the most relevant decision here.

Action under the London Convention has been more focused.  Parties adopted a resolution in 2008 that expressed concern about ocean fertilization and asserted it fell under the scope of their treaty, but also provided for “legitimate scientific research” in ocean fertilization subject to assessment of its environmental risks.  They have since developed an “assessment framework” – in effect, draft terms for risk assessment of proposed ocean fertilization experiments – but are still developing legal options to implement this framework and thus exercise legal control over ocean fertilization research.  In the meantime, states are merely urged to use “utmost caution and best available guidance” in undertaking such experiments.  In other words, the London Convention parties are furthest along in negotiating potential legal controls on ocean fertilization (which is just one form of currently proposed geoengineering), but they do not have a moratorium in effect.  The resolution and draft assessment framework can both be found here.  Nations are under no legal obligation to refrain from ocean fertilization research, nor to submit proposals to any international process. Such a legal structure is in development and may be adopted by Parties at some point, but is not in force yet.  It would clearly be a good idea to develop international law to control geoengineering, and to assess and manage the myriad associated risks, before nations start developing (and potentially fighting over) large-scale interventions.  But there isn’t any legal control on it at present.

Oddly, the more interesting question about this particular experiment is whether it violated any applicable Canadian law.  On this, everyone is busily in damage-control mode: the project operator says they kept all relevant officials informed throughout development of the project; their opponents are saying they clearly broke multiple laws; and Environment Canada is saying the matter is under investigation.  I’d like to be a fly on that wall.

The second nasty challenge about potential legal/political control over geoengineering that this project raises concerns the fuzziness of scale boundaries.  This little dump – and yes, it is little – elicited howls of outrage out of proportion to its actual impact, and to the non-reaction to many other commonplace activities with impacts as big or bigger.  This is because, by calling this “geoengineering”, it attains a status of precedent, symbol – the thin end of the wedge.  Opponents of ever doing geoengineering on a large scale think it’s important to stop even small things that look like geoengineering.  But countries are likely to perceive small-scale environmental interventions – like this ocean fertilization, and China’s extensive program of weather modification – as their own business.  But environmental effects do not stop cleanly at national borders, so as the scale of proposed interventions increases, nations may come to perceive compelling interests in activities that other nations doing the activities perceive as entirely under their sovereign authority.  This represents one of the ways – of which there are, unfortunately, many – that environmental manipulations may provide new triggers for conflict among nations.  Best to start thinking about it now.

14 Replies to “Canada’s ocean fertilization flap, and its significance” 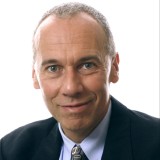