The Perils of Rail Transit and Democracy

How Decentralized Decision-Making Can Screw Up Rail Planning and Implementation

Americans seem to love democracy but hate many of the results. We want governmental power to be decentralized, whether it’s across three federal branches or with local control over sometimes regionally oriented land use decisions. But when the inevitable compromise that is required to get majority approval means a less-than-perfect result, from Obamacare to budget deals, or when it means no results at all, such as congressional gridlock, we complain and threaten to vote out our under-empowered representatives.

Perhaps no policy initiative more starkly demonstrates the challenges of democracy than rail transit. After all, when congressional leaders compromise on a farm bill or Obamacare, the results are often invisible to many of us. We know some people may not get health care or food stamps, we see the statistics, and we may know some of the people affected. But on the whole, the effects of compromise often feel abstract. 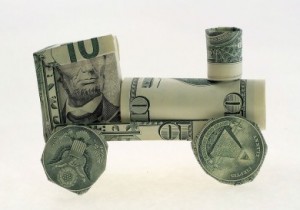 But with modern rail transit lines, you can actually see the ill effects of compromise. The rail route may serve some head-scratching neighborhoods that don’t seem to merit access — or stop short of others that do. With the Los Angeles subway, the route along the densely populated Wilshire corridor takes an unfortunate turn north to serve areas of political power and less ridership, when it should have continued straight to Westwood. Or as Zachary Schrag described in Great Society Subway, the Washington D.C. Metro has two Farrugut stations right next to each other on different lines (Farrugut West and Farrugut North) all because the rail agency couldn’t get permission from the federal government to put a single, convenient station in the middle of a Farrugut Square.

High speed rail offers further examples. For political reasons, the California line is routed to serve the 99 corridor in the eastern San Joaquin Valley over the more direct western Interstate 5 route, all at the behest of congressional representatives and local Valley officials. And then the system serves the Lancaster/Palmdale area in the Mojave Desert area of northern Los Angeles County in order to please a powerful member of the five-seat county board of supervisors. Both route changes cost travel time between the state’s major population centers and have engendered local opposition partly as a result. Meanwhile, the wealthy residents of San Francisco peninsula towns that don’t want a high speed train near their backyards are bankrolling legal opposition.

Even high speed rail in other countries suffers from this dynamic: the German high speed rail system is slower than the adjoining French one, in part because of German federated politics. “Unfortunately the trains have to stop for every mayor,” explained Peter Mnich, one of Germany’s leading rail experts and a professor at Berlin’s Technical University. German high speed rail even stops at cities with populations as low as 12,518, whereas France’s more centralized political system enabled efficient nonstop routes that out-compete airlines in the same travel corridors.

Worse, the democratic decision-making process leaves these systems open to charges of undue special interest influence via campaign contributions. Downtown business leaders in both San Francisco and Los Angeles, which contributed mightily to political campaigns, were instrumental in getting rail systems in those cities launched, primarily to boost their real estate values (it worked in both cases). Freight railroads bankrolled the campaign for a 1990 rail sales tax measure in Los Angeles, hoping it would pass and that the county would then have money to buy surplus rail rights-of-way (it did and it did). Contractors building the L.A. subway made major campaign contributions to local officials who awarded rail contracts and prosecuted (or not) workplace safety violations. Labor unions helped support the 2008 sales tax initiative because their members would make money building the system.

So what can be done? Few Americans would want to impose Chinese-style decision-making in our lives. We respect private property rights in this country and believe it’s important to have many voices at the table. But since when did we start deferring to the needs of a few at the sacrifice of the many? With rail projects, that dynamic unfortunately seems to be the norm. Some policy remedies to consider:

In the early twentieth century, it seems like we were better at getting these critical infrastructure projects built, and we still had a democracy then. Not to pine for the good old days, which were fraught with other problems, but it may be necessary to roll back the clock in some ways, like resurrecting appointees to transit boards and shielding agencies from lawsuits. At the same time, we can use cutting-edge data and modeling techniques to choose the best routes and stations. These reforms could re-balance democracy and rail planning and ensure that democracy is not just “the loudest voice in the room wins.”

Otherwise, the status quo, to paraphrase Yogi Berra, just ain’t what it used to be.

One Reply to “The Perils of Rail Transit and Democracy”