California leads the nation in plug-in electric vehicle sales, with about 40% of the nationwide total happening in the Golden State. While some of that progress is related to the sheer market size here, much of it is due to state policies. And the biggest of those policies is the “zero emission vehicle” (or “ZEV”) mandate, which the California Air Resources Board first adopted by regulation in 1990 under its Clean Air Act authority. 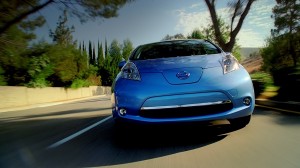 The program has been modified over the years but essentially requires automakers to sell a certain amount of “clean” vehicles (plug-in hybrids, battery electrics, and fuel cells), based on their total sales, or else they have to purchase credits for an equivalent amount. The goal is to achieve 15 percent of new vehicle sales from these “clean” versions by 2025, up from the current 3 percent market share, where it’s been stuck 2014.

But here’s the problem: the credit system has generated a glut. As a result, many automakers now have no incentive to actually produce and sell more electric vehicles. And with recent weak demand for electric vehicles (due in part to low gas prices), they argue that they’d rather stockpile credits than make new vehicles.

It’s gotten under the skin of Tesla chief Elon Musk and his staff. Tesla benefits from the sale of credits to other automakers, and so the company suffers when the glut drives down prices and diminishes demand. Musk would like to see a higher threshold of credits needed to satisfy the requirement, which would just so happen to benefit Tesla’s bottom line.

It’s gotten personal among the automakers, per Reuters:

Earlier this month, Tesla’s Diarmuid O’Connell, vice president of business development, sparred with lobbyists for major automakers during a conference near Traverse City, Mich. He chided the industry for fielding electric cars that don’t sell because they are slow and have all the panache of household “appliances.”

John Bozzella, head of a group that represents several Asian and European auto makers, countered that most consumers don’t want electric vehicles – and pointedly wished Tesla well in its quest to achieve profitability.

The Board will be revising the program this December, so the issue has become a hot potato. NRDC released a recent study [PDF] of the current rules and progress to date, which documents that at this pace the state will fail to meet its deployment goals by 2025. They argue for tightened rules, such as a higher percentage of automaker sales that must be zero-emission through 2025, fewer credits awarded for each clean vehicle, and reduced credits that can be “banked” over time.

Clearly, changes like these need to happen with the program, because business-as-usual is not likely to get the electric vehicle market to the place it needs to be for long-term pollution reduction. To be sure, the market is making good strides, with the Tesla Model 3 and Chevy Bolt on their way (both vehicles promise over 200-mile range per charge at a price under $40,000). And the inevitable rise in gas prices will eventually help boost demand. But California cannot meet its long-term climate goals without widespread vehicle electrification, and a stronger ZEV program is key to making that happen.