California’s Big Land Use And Transportation Initiatives To Watch Today 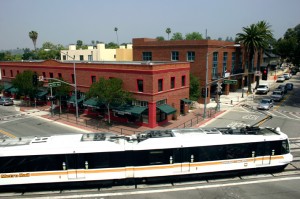 Yes, there’s a lot happening today in the national election. Lost in the shuffle though are three big initiatives before some California voters that could have a big impact on the state’s transit and development future.

So while the nation will be focused on bigger elections, these three will in their own way have a significant effect on the future of California’s cities, environment and economy. Another reason to stay tuned!