The journey of California’s proposed delta tunnels project (also known as California WaterFix) has been anything but straightforward and already faces a slew of ongoing legal challenges.[i] Last week, Congress added a different kind of twist when the proposed Department of Interior budget for FY 2019 was introduced in the House Appropriations Committee. The relevant language is found in Section 437, on the second-to-last page of the bill draft:

Let’s break that paragraph down. The provision clearly takes direct aim at judicial review under both the National Environmental Policy Act (NEPA)[ii] and California Environmental Quality Act (CEQA).[iii] Section 437 adds that “anyresulting agency decision, record of decision, or similar determination shall hereafter not be subject to judicial review under any Federal or State law.”[iv] This sentence might be read in two ways – as only preventing review of NEPA and CEQA determinations, or as barring all WaterFix lawsuits, regardless of their basis. Either way, Section 437 presents an interesting question of just how far Congress’s jurisdiction stripping powers go.

What is jurisdiction stripping?

In its simplest form, jurisdiction “refers to a court’s adjudicatory authority.”[v] Essentially, jurisdiction “is the power to hear and determine the controversy presented, in a given set of circumstances.”[vi] If a court determines that it lacks jurisdiction to hear a case, it must dismiss the case.[vii]

Probably. As mentioned above, pursuant to Article III, Congress may define the jurisdictional boundaries of the lower federal courts. However, “[t]he separation of powers … prevents Congress from exercising the judicial power” itself.[xii] Therefore, the key question in jurisdiction stripping cases is whether Congress’s activities cross the line “between permissible exercises of the legislative power and impermissible infringements of the judicial power.”[xiii] To decide whether Congress has crossed this line, the Supreme Court has developed a test: “Congress violates Article III when it ‘compel[s] … findings or results under old law. But Congress does not violate Article III when it ‘changes the law.’”[xiv]

The clearest example of Congress impermissibly compelling a particular finding or result would be a hypothetical law that states“[i]n [the case of] Smith v. Jones,Smith wins.”[xv] However, the distinction between compelling a particular result and merely changing the law is often not so clear cut. For instance, in Patchak v. Zinke, an owner of land adjacent to a parcel recently taken into trust by the Secretary of the Interior challenged the Secretary’s authority to do so under the Administrative Procedures Act (APA). Congress responded by passing the Gun Lake Act, including Section 2(b) which declared, in part, the following: “Notwithstanding any other provision of law, an action (including an action pending in a Federal court as of the date of enactment of this Act) relating to the land described … shall not be filed or maintained in a Federal court and shall be promptly dismissed.”[xvi] The Supreme Court upheld this provision, stating that it changed the law by stripping jurisdiction over all lawsuits related to the parcel in question.[xvii]

Does Section 437 prevent federal law challenges from being brought in state court?

Maybe. State courts may, of course, hear federal claims.[xviii] However, Congress may restrict state courts’ ability to hear certain federal claims “by an explicit statutory directive, by unmistakable implication from legislative history, or by a clear incompatibility between state-court jurisdiction and federal interests.”[xix]

Here, Section 437 arguably does not explicitly withdraw jurisdiction from state courts. § 437 only states that agency determinations regarding WaterFix “shall hereafter not be subject to judicial review under any Federal or State law.” The provision does not explicitly declare that state courts cannot hear NEPA and other challenges under federal law to WaterFix. Absent an explicit statement or supporting legislative history showing otherwise, the default would be to assume that Congress only intended to restrict federal courts from hearing challenges to WaterFix.

Notably, even if Congress did intend to strip jurisdiction from both state and federal courts to hear federal law challenges to WaterFix, such a provision would not prevent the courts from hearing a due process or Fifth Amendment takings claim. In Battaglia v. General Motors Corporation, the Second Circuit dealt with a provision of the Portal-to-Portal Act which barred both federal and state courts from hearing specific claims under the Act. The Second Circuit reasoned that “while Congress has the undoubted power to give, withhold, and restrict the jurisdiction of courts other than the Supreme Court, it must not so exercise that power as to deprive any person of life, liberty, or property without due process of law or to take private property without just compensation.”[xx] Battaglia suggests that if challengers to WaterFix assert a due process or Fifth Amendment takings claim, such a claim would not be barred by Section 437.

Does Section 437 prevent CEQA or other state law challenges from being brought in state court?

Currently, the FY 2018 Interior appropriations bill is in front of the House Appropriations Committee for markup. It was scheduled for a hearing on May 22, but was rescheduled. If the bill passes with Section 437 attached, it will be up to the courts to wrestle with defining the provision’s actual effect on the WaterFix lawsuits.

Regardless of the contours of Section 437, there is no doubt that it will prevent courts from hearing at least some challenges to WaterFix. Whether such a tactic is fair, however, remains squarely in the court of public opinion.

[I] So far, 25 lawsuits have been filed against the project. Michael Doyle and Amanda Reilly, Congress learning to padlock courthouse door, E&E News, May 21, 2018. Available at https://www.eenews.net/stories/1060082265.

[xviii] “The Supreme Court has ‘consistently held that state courts have inherent authority, and are presumptively competent to adjudicate claims arising under the laws of the United States.” Tafflin v. Levitt,493 U.S. 455, 458 (1990).

[xxi] State courts may, of course, refuse to hear a case based on the abstention doctrine.

2 Replies to “Attempting to Close the Floodgates of Litigation” 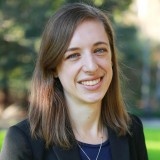 Kathleen Miller is a Research Fellow with the Wheeler Water Institute at CLEE. Her research primarily focuses on innovative methods of groundwater recharge and the inters…

Groundwater Recharge in the SGMA Era