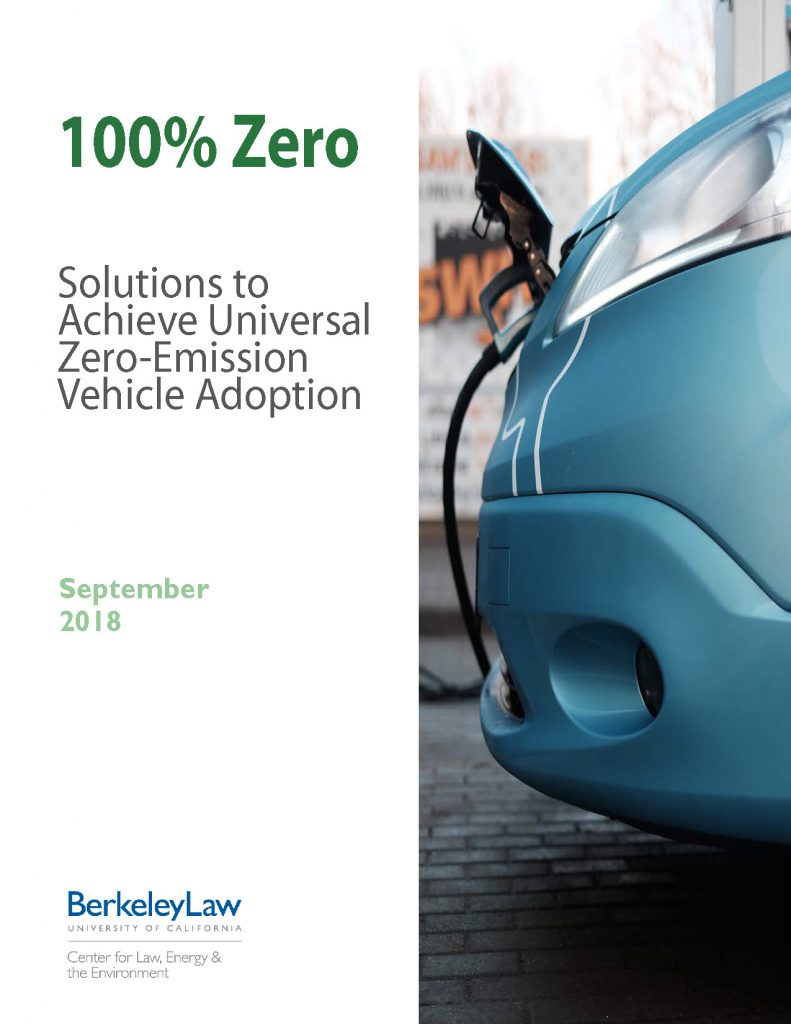 Some countries and states, including California, are contemplating or making plans for phase-outs or bans on the sale of new internal combustion engine passenger vehicles by a date certain. Berkeley Law’s Center for Law, Energy and the Environment (CLEE) is today releasing the report 100% Zero to offer policy pathways to make such a scenario affordable and achievable.

A phase-out on gasoline-powered vehicles will be critical to achieving long-term climate goals and improving public health. To that end, California Governor Jerry Brown set a goal of reaching five million zero emission vehicles (ZEVs) on the state’s roadways by 2030, including 250,000 public chargers by 2025. As of mid-2018, Californians were driving over 400,000 electric vehicles.

100% Zero identifies key challenges and solutions to achieving 100 percent zero-emission vehicle sales, based on a convening of expert stakeholders. Top barriers include:

These and other solutions are discussed in more detail in the report. CLEE will also be presenting these findings at a Global Climate Action Summit affiliate event from 1-3pm today at the San Francisco Law Library. Hard copies of the report will be available.