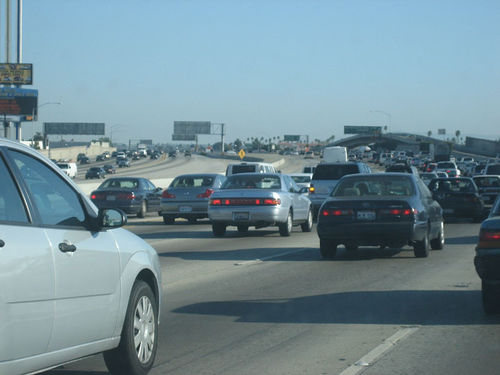 ELC was especially concerned about implications for its home state if EPA rescinds the California waiver. Complementing the Emmett Institute’s comment on the legal reasons this move would be inappropriate and unlawful, ELC’s letter demonstrated how vital the California standards are for the welfare of this state and its residents. Relying on the most current climate science, the letter described several dramatic climate-induced conditions in California, including extreme heat events, rainstorm intensification, water shortages, human health risks, and dwindling crop yields. California’s stringent GHG standards are essential to curbing the acceleration of conditions like these. Attached to its letter, ELC submitted the 100+ peer-reviewed research papers on which it relied—many of which were published after the waiver was granted in 2013—to update the record before EPA on what climate change really means for California.

In a second letter, ELC examined the SAFE Vehicles Rule’s claim that relaxing the Obama-era vehicle GHG emissions standards will advance vehicle affordability. Automakers, in their request to EPA to reconsider the standards, had raised the concern that the standards will harm low-income consumers. The simple logic of “regulation equals price hikes equals harm to low-income consumers” is indeed compelling at first glance. It’s also true that many times, development of environmental regulations does not involve careful consideration of equity.

ELC’s research revealed, however, that relaxing the GHG emissions standards will not meaningfully increase vehicle affordability for low-income consumers. First, the estimated $1000 – $2000 increase in new-vehicle prices will be subsumed by more significant determinants of vehicle price like macroeconomic conditions. 83 Fed. Reg. at 42994. Second, the GHG standards apply only to new cars, and low-income consumers overwhelmingly purchase used cars. It’s unlikely that a price uptick, if any, would carry over wholesale to the used-car market. Finally, even if relaxing GHG emissions standards would avoid a modest increase in new-vehicle prices, this would not help low-income households to buy cars; for them, lack of access to capital and affordable financing are the true barriers to vehicle purchase.

ELC will be watching this rulemaking closely to see how EPA will respond—as it must—to the concerns raised in these letters. Strong vehicle GHG emissions standards are critical for Californians, consumers, and this country. The Trump Administration can’t just tear up the Obama-era vehicle GHG emissions standards because automakers don’t like them. EPA’s duty, under the Clean Air Act, is to “promote the public health and welfare and the productive capacity of its population,” and ELC is committed to holding the agency to it.