What The 2018 Election Results Mean For California Climate Policy

Big wins for state initiatives and pro-climate candidates, plus opportunities for high speed rail and cap and trade 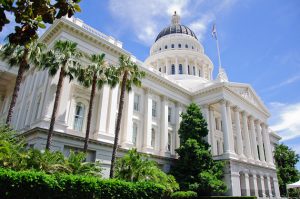 And on the housing front, Governor-elect Newsom has set ambitious goals for building more homes in the state, which if done in infill areas could bring crucial climate and air pollution benefits from reduced driving per capita. Pro-housing “YIMBY” candidates also bolstered their ranks in state government, with the election of former Obama campaign staffer Buffy Wicks to the Berkeley Assembly district.

Setbacks nationally (beyond continued Republican gains in the U.S. Senate) included the defeat of some state ballot initiatives, including a carbon tax in Washington, an anti-fracking measure in Colorado, and a renewable portfolio initiative in Arizona — though Nevada voters did embrace a 50% renewable target by 2030 at their polls.

All in all, a positive night for climate policy in California and beyond.