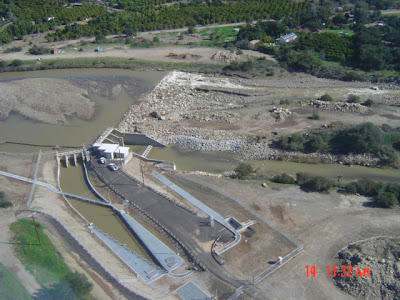 One of the biggest differences between the U.S. Supreme Court under former Chief Justice Rehnquist and the Court under current Chief Justice Roberts is the comparative interest in property rights and the Constitution’s Takings Clause. From 1978 until Rehnquist’s death in 2005, the Supreme Court heard one or more takings cases each Term–culminating in the “takings trifecta” of the Kelo, Lingle and San Remo Hotel decisions in 2005. Later that same year, John Roberts was nominated and confirmed as the Supreme Court’s Chief Justice. Since then, the Court has been essentially silent on the subjects of regulatory takings, property rights and the Fifth Amendment. That led Court observers to believe that the Roberts Court was as disinterested in these issues as the Rehnquist Court was seemingly obsessed by them.

Not so fast. Today, the Court granted certiorari in an important regulatory takings case, and it’s quite possible that another lies just around the jurisprudential corner.

Today’s case is Stop the Beach Renourishment, Inc. v. Florida Department of Environmental Protection, No. 08-1151. In that case, the Florida Supreme Court rejected shoreline property owners’ takings challenge to a state law authorizing the state to nourish beachfront areas with sand, and to assert public ownership of the created land area. The Florida court concluded that the law did not constitute a compensable taking, because it did not fundamentally interfere with the shoreline owners’ common law rights to use and obtain access to the ocean.

The Stop the Beach Renourishment case is significant for at least two reasons: first, it demonstrates that the Supreme Court’s interest in regulatory takings cases has at least stirred, after a four-year hibernation period. Second, the case has some interesting implications for public efforts to adapt to sea level rise attributable to climate change. (More on this latter subject in a subsequent posting.)

Across the country, another case from Southern California is also in the Supreme Court’s cross-hairs. In Casitas Municipal Water Dist. v. United States, 543 F.3d 1276 (2008), the U.S. Court of Appeals for the Federal Circuit held a federal requirement imposed on a local water district under the Endangered Species Act constituted a compensable taking of private property under the Fifth Amendment. Specifically, the government’s requirement that the water district add a fish ladder to its water storage and transfer facilities, and divert sufficient water to allow passage for fish species protected under the ESA, amounted to a per se physical taking of the district’s property interest in the water.

The Federal Circuit’s ruling in Casitas has proven very controversial. Earlier this year, a coalition of national environmental groups sent the Obama Administration’s Solicitor General a letter urging it to seek Supreme Court review. And, recently, Chief Justice Roberts granted the feds a second extension of time in which to decide whether to petition the Court for certiorari. That extension runs out on July 15th.

Accordingly, we’ll likely know a month from today whether the U.S. will ask the Supremes to review and reverse Casitas. If it does–as seems at least somewhat likely to this observer–it appears equally likely that we’ll see two major takings cases before the Court in its 2009-10 Term, rather than one.