By Dave Owen and Michael Kiparsky

One of the many noteworthy features of California’s  Sustainable Groundwater Management Act (SGMA) is that it requires local government agencies to consider and address the effects of groundwater management upon interconnected surface water. That requirement is an important step towards rationalizing California water management, which has long treated groundwater and surface water as separate resources.  The requirement also is part of a larger story about evolving science and policy in a changing world.

Policy, however, has often ignored science, and laws have often mandated separate treatment of groundwater and surface water.  In many states, even as legal systems for surface water became increasingly detailed and sophisticated, groundwater law occupied a separate sphere or was largely undeveloped (interestingly, in a somewhat different legal context, the US Supreme Court will soon grapple with groundwater-surface water interactions and artificial separations). Though some states have moved towards unified systems, California was a particularly notable laggard on this issue.  Prior to SGMA, no state law expressly required integrated groundwater-surface water management.

SGMA’s efforts to link groundwater and surface water therefore are important because they remove a legal barrier to allowing water management to reflect physical reality, and also because they take a big step toward rectifying lawmakers’ years of disregarding scientific understanding.  But these efforts also raise bigger questions: what happens after legislation corrects a legal fiction, yet divisions of authority, management practices, and habits that were predicated upon that fiction remain?  What else needs to happen to move from legal misunderstanding to effective resource management?

Through legal research combined with analysis of data and insights from participatory workshops, we developed some answers to these questions.  The results were recently published in Environmental Research Letters, in an article that builds on a report we released in 2018.

The article explains where key challenges remain for California’s efforts to integrate groundwater and surface water management.  More generally, it provides a framework for understanding other efforts to bring legally-driven resource management into line with scientific understanding. This framework reveals a key assumption in the literature addressing science-policy interactions. Much of that literature describes policy-making in broad and undifferentiated terms, often referring simply to “the science- policy interface.” But as SGMA illustrates, the complex and multi-layered nature of policy-making means that a successful reform effort may need to address many science-policy interfaces (see Figure).

Addressing that complexity creates challenges, but it also creates opportunities for better interactions between scientists and policymakers.

From a practical perspective, our work emphasizes a second point that is front and center for those working on groundwater in California today, but which may be hidden in plain sight from the general public: the reconciliation of law and science is a process that does not end with the passage of legislation, or with any other single intervention. For California groundwater, the historical statutory division of this interconnected resource has left legacy effects that still linger, and that may continue to linger long after legislators have moved to other priorities.

Ultimately, our work illustrates the complexities of reconciling law with science, and highlights the need for continued vigilance and an ongoing focus on implementation of SGMA. The legislative sprint is behind us, but the implementation marathon will continue.

This blog post draws on the journal article and report produced by an interdisciplinary UC Water team of co-authors including ourselves, Alida Cantor, Thomas Harter, and Nell Green Nylen. 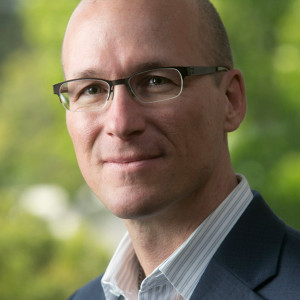